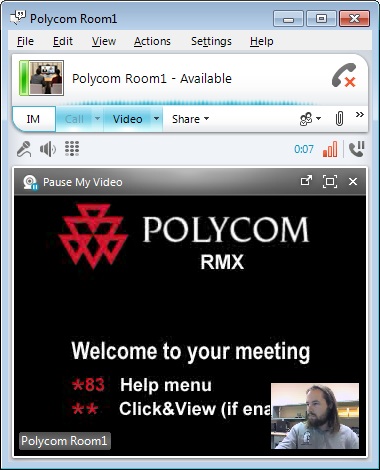 Continuing from my previous post on integrating an existing Polycom system with Microsoft Lync 2010, I will run down the process for integrating a Polycom RMX bridge.  The process is much more difficult than integrating the Polycom endpoints as it requires creating a trusted application within the Lync server, running some shell commands, generating certificates and RMX configuration changes.  Once the integration is complete you can create SIP enabled meeting rooms accessible by Lync users and Polycom endpoints alike.

1. DNS – Making sure the Lync server can contact the RMX by name Read More

Integrating Polycom HDX 7000 and 8000 endpoints is VERY straight forward.  The only problem is if you don’t have multipoint licenses you can only have a one-to-one call with a Polycom endpoint.  Hence the reason for an RMX. Read More